3 Reasons Project ROI May Not Be What You Were Expecting 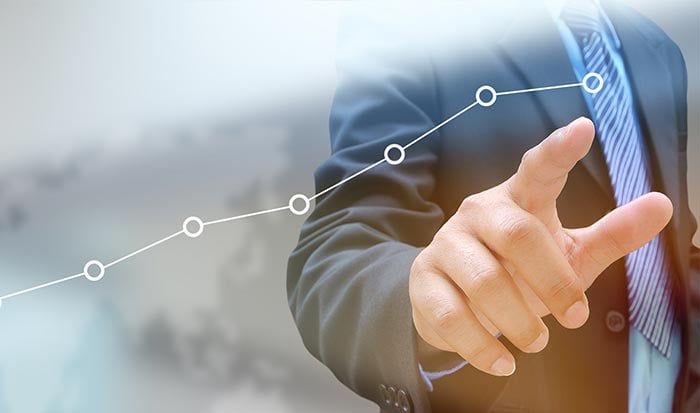 Increasingly, change pracitioners are asking about the Return on Investment of managing change. There are numerous studies that show a correlation between effectively managing the human side of change and meeting project objectives (McKinsey and Prosci). Additionally, there are many qualitative impacts of poorly managing change that you can observe and 'feel' as you walk through an organization experiencing change. Prosci has developed a model to represent how the human side of change impacts the value a project delivers to an organization. Prosci's ROI of Change Management Model is presented in the tutorial below.

Contention 1: The ROI delivered rarely equals the ROI that is expected

This statement does not mean that realized ROI is always lower than expected ROI. On the contrary, some projects vastly exceed the value that they were expecting to deliver. However, the ROI that is actually realized by a project is rarely exactly what was expected. Consider how unlikely it is that your new process redesign delivers exactly the 18.5% ROI over the year that is predicted in the business case. It is much more likely that the ROI will be 18.3% or 16% or 2% or 18.8% or 19.3% or 27%. The same holds true for the NPV (Net Present Value) of a project - isn't it more likely that a project with a $350,000 NPV delivers an NPV of $345,000 or $355,000 or $675,000 or -$155,000. Overall, ROI and NPV rarely equal exactly what you expect.

Think about several projects that you were recently involved within the framework of the table below:

Contention 2: The more that people are affected by a change, the less certain is the ROI

If the ROI of a change does not always equal what was expected, are there certain projects that are more predictable and others that are less predictable? The graphic below shows a general relationship between how certain one can be of the ROI of a project and the amount of 'people change' created by a project. A quick way to understand the model is to think about changes that fall on the far extremes of the model - those with no change to how people do their jobs and those with extraordinary change to how people do their jobs.

Contention 3: There are three 'human factors' that create variation in ROI

What accounts for the variation in project return that high 'people change' projects encounter? Said another way, what are the human factors that limit or constrain a project's ROI?

Prosci's ROI of Change Management Model presents three key human factors that impact the value a project creates and the ROI it achieves. The three factors come from the analysis above, as well as an examination of the consequences of poorly managing change. For example, several of the consequences of poorly managing change include productivity loss, active resistance, passive resistance, loss of valued employees and work-arounds. Each of these symptoms surely reduces how much impact an initiative has, but is there a model that can capture the human factors of ROI? The three human factors (those that create variation in the ROI on the projects that involve significant 'people change') in Prosci's ROI of Change Management Model are:

Proficiency is the factor related to how effective employees are when they do implement the change. It is the ongoing improvement to the organization when new processes, systems, tools, organizational structures and job roles are implemented by a project. Examples of proficiency include: the improved close rate of sales associates by using new competitive information databases, the time saved to conduct a particular operation by using a new system, the amount of waste reduced by streamlining a process. Proficiency is often the basis for the ROI calculations made to support a particular change or initiative.

Analogy of the Boat

Suppose you have a group of 100 employees standing on a pier. You need them to board a new boat that has just docked and then begin rowing in unison. The three factors of the ROI of Change Management Model are clearly evident:

All three of the factors will impact how effective you will be at getting the boat to your destination.

Now think about some of your business initiatives like:

Each of these changes has the same 'how fast', 'how many' and 'how effective' components described in the ROI of Change Management Model as speed of adoption, ultimate utilization and proficiency.

Think about a project you are working on. Can you identify the speed of adoption, ultimate utilization and proficiency?

When looking at why a project's ROI was not what you expected, look at any gaps between the expected and actual values of speed of adoption, ultimate utilization and proficiency. The specific project or type of change that is being implemented defines what speed of adoption, ultimate utilization and proficiency actual mean. There are not universal benchmarks for these three factors because they are dependant on the specific change and how it is rolled out. Think about a specific project you are working on or being impacted by. In your own words, define the factor and indicate how you can measure this:

Projects that change how people do their jobs have inherent change management risks. When change management is not applied, or applied ineffectively, projects do not achieve their objectives. The three human factors that impact to what degree a project is successful are the speed of adoption, the ultimate utilization and the proficiency of those being impacted by the change. The expected speed of adoption, ultimate utilization and proficiency contribute to the ROI that the project expects to realize. Effective change management enables projects to deliver on, or even exceed, these expectations and thus contributes directly to the ROI of the project. Even if a project has a good solution and good project management, it will not meet its objectives if the people side of the change is not managed.

Poor change management results in a slower speed of adoption, lower ultimate utilization and lower proficiency which takes away from ROI. Effectively managing the human side of change can help you accelerate adoption, increase overall participation and improve the benefit each and every employee realizes from a change, increasing the ROI your project delivers. 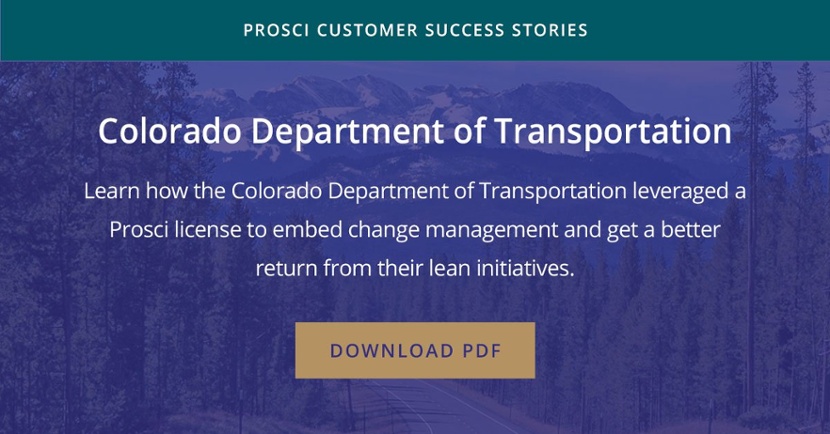 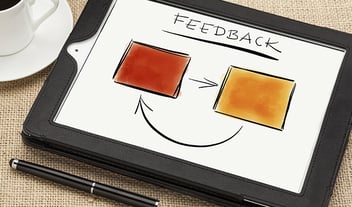 How to Reinforce Change With Employee Feedback

Individuals Are the Epicenter of Success